Chantelle was my firstborn daughter; she was
two years older than her younger sister.
Chantelle, my youngest daughter, my mom and
​I were very close. We all spoke by phone daily, spent time together often, we had regular family dinners and game nights, it was the four of us, through thick and thin, no matter what, come what may, we were one another’s support system.

February 22, 2013 was a pretty typical evening, the four of us were spending time together at my apartment as we so often did, and Chantelle’s boyfriend was there also. About 7:30pm Chantelle and her boyfriend said their goodbyes, it was Friday night and they had plans to attend a party. They each gave my mom, my youngest daughter and myself a hug goodbye, Chantelle and I gave one another our signature three kisses (Muah Muah Muah) the way we always did when greeting or saying goodbye to one another, it didn't matter if we were in person or on the phone, that was how my Chanty and I said hello and goodbye, that was our special thing.

At 2:30am on February 23, 2013 my cell phone rang, the unfamiliar voice on the other end asked for me by name. She told me that my daughter has been in a really bad car crash. I asked which daughter? My heart began to pound rapidly, because I knew my youngest daughter was asleep in the next room, she replied, “Chantelle?” sounding as if she was asking a question. I asked, “Where are you?” She told where the crash occurred, suddenly I could hear Chantelle's boyfriend in the background calling her name repeatedly Chantelle, Chantelle, Chantelle. I asked, “Is that her boyfriend? Can I speak to him?” I asked him what happened. He replied, “Mommy, you need to get here! I asked, “Where are you?” He told me the location of the crash.

I awoke my mom and my youngest daughter with the news of the crash. The three of us raced to the location I had been given, only to find there was no car crash there. I could see police cars two or three blocks away, so I drove down and asked if there had been a car crash in the area? I was told to call two area hospitals that have trauma centers, in search of my daughter. I finally contacted the hospital my daughter had been taken to, I was told she needed to have emergency surgery otherwise she would not make it. I had to give my consent to the doctors over the phone, so they could perform emergency surgery. I was then told to get to the hospital immediately.

When we arrived at the hospital we were taken to a waiting room just outside of surgery, we were crying, nervous and desperate for answers. We then asked about Chantelle's boyfriend, we were told he was down in the emergency room. The head of security escorted me down to talk to him. The head nurse said I could not talk to my daughter's boyfriend. When I asked why - she replied because he's under arrest. My heart dropped, I asked her if she could tell me why he was under arrest? She said for DUI and driving on a suspended license. She then stated the car struck a viaduct, flipped over twice and my daughter was ejected from the vehicle. In that moment I was overwhelmed with emotions, I turned to the hospital security and asked him to please take me back upstairs to check on the status of my daughter.

Finally after waiting and praying with the hospital chaplain, one of the surgeons came in and gave us the terrible news that our beloved Chantelle did not survive. Life as we knew it ended in that moment, never to be the same again.

We were later told that Chantelle's boyfriend's alcohol level was over twice the legal limit. Witnesses gave statements that the car was speeding, running red lights and swerving in and out of traffic lanes before the impact. 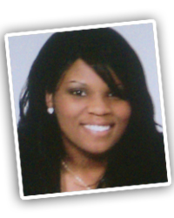