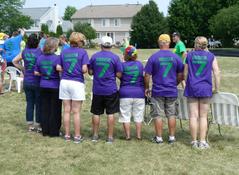 The Y-Not Project​
​
OUR MISSION:
THE Y-NOT PROJECT IS A NON-PROFIT ORGANIZATION HONORING TONY BORCIA AND DEDICATED TO STOPPING INTOXICATED BOATERS.

​Tony Borcia was ten-years-old when he was killed while tubing on the Chain-O-Lakes with his father and siblings on July 28, 2012. Tony fell off his tube, and before his father could pick him up, he was hit by a large boat, despite wearing a bright red life jacket and waving his arms. The driver of the boat was under the influence of cocaine and alcohol. Tony was an incredible little boy who loved to play wiffle ball. Family and friends formed the Y-noT Project (Tony’s name spelled backward) Wiffle Ball Tournament in honor of Tony.

Proceeds from the tournament have been generously donated to AAIM’s Victim’s Assistance Fund and The Illinois Department of Natural Resources (DNR). This year the funds raised at the wiffle ball tournament will benefit Leslyee Huerta. Twelve years ago, during Leslyee’s senior year of high school, a drunk driver caused a horrific head-on crash that left her paralyzed from the waist down. Today she lives with the constant reminder that she will never have a “normal life.” While learning to navigate this new life, Leslyee found some independence being able to drive. However, her aged mobility van repairs are more than she can afford. The Y-noT project has donated a new handicap van to Leeslyee.

Click Here For More Information on the Wiffleball Tournament​ 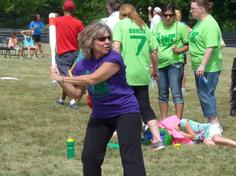